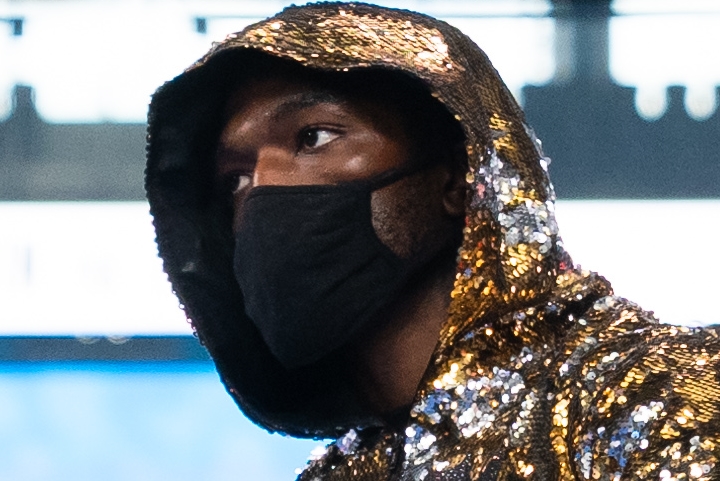 Frank Martin has officially launched the 2022 Prospect of the Year race.

The unbeaten southpaw from Indianapolis—who now trains in Dallas—picked apart Philippines’ Romero Duno en route to a fourth-round knockout. Martin scored two knockdowns, the latter of which prompted a stoppage at 2:54 of round four Saturday evening on Fox TV from Seminole Hard Rock Hotel & Casino in Hollywood, Florida.

The perception going in was that Martin would face arguably his hardest puncher to date. Martin expertly utilized a stick and move style to negate any power advantage that Duno carried into the ring. Martin—a stablemate of Errol Spence (27-0, 21KOs) under head trainer Derrick James and who fights under the unified welterweight titlist’s Man Down Promotions banner—spent the entire fight significantly outlanding Duno at more than a four-to-one clip.

The trend carried throughout the brief four-round affair. Duno continued to come forward, though unable to land anything of consequence on the occasions he actually connected. Martin moved at times after sticking his right jab and Duno’s face, on other occasions remaining in the pocket and offering superior head movement to slip and counter.

Martin was arguably cheated out of a knockdown midway through round four, though it would ultimately become a moot point. Duno managed to land his best punch of the fight in the round, a right hand to the chin as Martin was pinned along the ropes.

It wasn’t even close to what would come back in return.

Martin slipped a right hand by Duno, rocking to his left before immediately responding with a jaw-rattling left hand to send Duno to the canvas. The Filipino lightweight—now based out of Miami—beat the count but was down on the canvas seconds later from virtually the same punch. Referee Frank Santore Jr. issued his eight count in giving the battered Duno every chance to prove he could continue but wisely waved off the contest after not liking his body language.

Martin advances to 15-0 (11KOs) with the win, kicking off a 2022 campaign where he figures to be in the Prospect of the Year discussion come late December.

Jake Donovan is a senior writer for BoxingScene.com. Twitter: @JakeNDaBox