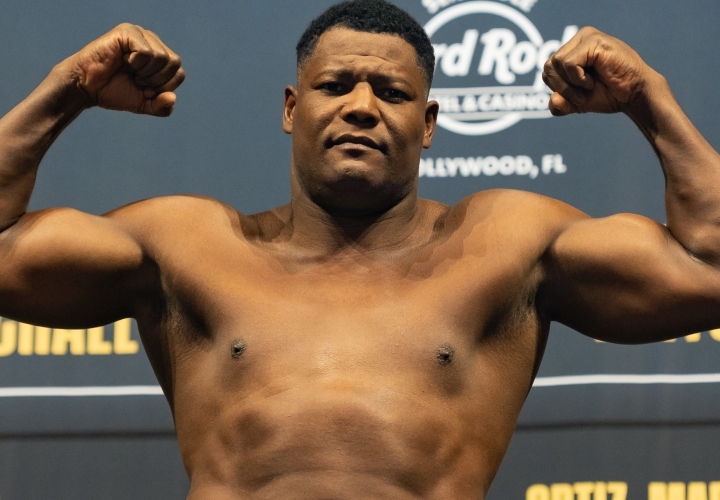 Coming in, Ortiz’s two career defeats, both by knockout, were at the hands of Deontay Wilder.

Both were jabbing to the body in the first round. Ortiz was pressing forward and shooting a hard jab. Martin landed a quick left hand to drop Ortiz to his knees for a knockdown. Once that happened, Martin became more active with is punches. At the start of the second, Ortiz came out firing with a lot of punches, which generated a reaction by Martin to throw back. Martin was targeting the body and countering well. Ortiz landed a solid left to push Martin back and he was starting to get more aggressive.

In the third, Ortiz once again came out pressing forward and looking to land big. Both were jabbing. The action was very close. Martin came out firing in the fourth, to press Ortiz back. Ortiz began to shoot his jab and was giving Martin trouble. Ortiz was starting to target the body and then go to the head. At the end of the round, Martin caught Ortiz with a stiff jab for another knockdown.

Both were picking their spots in the fifth. Ortiz rallied in the final minute with a lot of activity to the head and body. Martin was badly hurt at the start of the sixth round and dropped against the ropes. Ortiz was unloading with a ton of punches to drop Martin for a second time. Martin got up on unsteady legs and the fight was waved off.