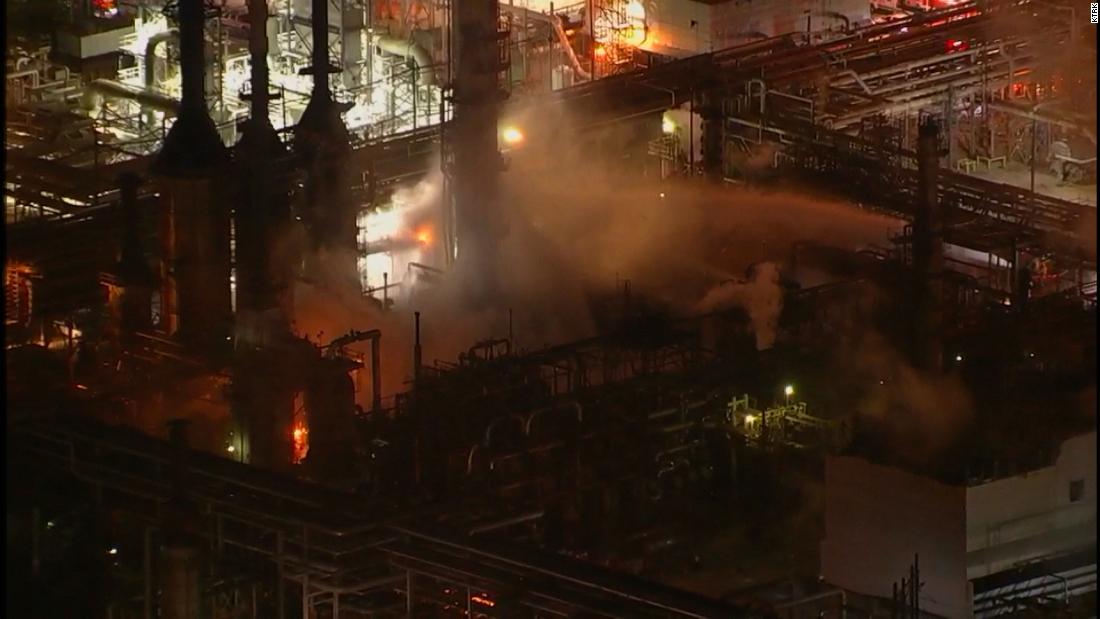 The blast and resulting fire at the ExxonMobil (XOM) plant in the Houston-area city of Baytown, Texas, injured at least four workers. The accident could hamper output at one of America’s largest refineries for months, weighing on gasoline supply at at time when US refining capacity has already been reduced, said Tom Kloza, chief oil analyst for the Oil Price Information Service.

“They’re not going to have all systems go for a couple of quarters,” he said.

The average price for a gallon of regular gas now stands at $3.29, down 11 cents from a month ago, but still up $1.05 per gallon, or 47%, from a year ago. Gas prices have been a major factor in the rate of inflation hitting a 39-year high.

Kloza said he would not be surprised to see average prices rise to $4 a gallon in much of the country this spring and summer as the economy continues to recover and demand for gas increases. The limited supply of gasoline due to the loss of refining capacity in the United States and elsewhere will only help lift prices higher.

The good news for drivers — for now — is the refinery explosion won’t immediately send gas prices higher. That’s mostly because the next six weeks — from right before Christmas to early February — is historically the period of lowest demand for gasoline nationwide. Winter weather and short daylight hours discourage people from driving. Wholesale gas prices were up only 2 cents a gallon to $2.19 in early trading Thursday.

“Fortunately we don’t need the gasoline [from Baytown] for the next six weeks,” Kloza said.

But by spring, when demand starts to increase again, the lost output from Baytown will likely be felt at pumps nationwide.

There have already been a couple of refinery closures in 2021 due to fires and economic losses that reduced the nation’s refining capacity by more than 500,000 barrels a day. Baytown being offline could more than double that.

Baytown has an average daily capacity to refine 561,000 barrels of oil, according to the US Energy Information Administration. That makes it the fourth-largest US refinery, only 8% smaller than the largest, the Motiva Enterprises facility in Port Arthur, Texas, owned by Saudi Aramco. Baytown is one of only five US refineries with a capacity of more than 500,000 barrels a day.