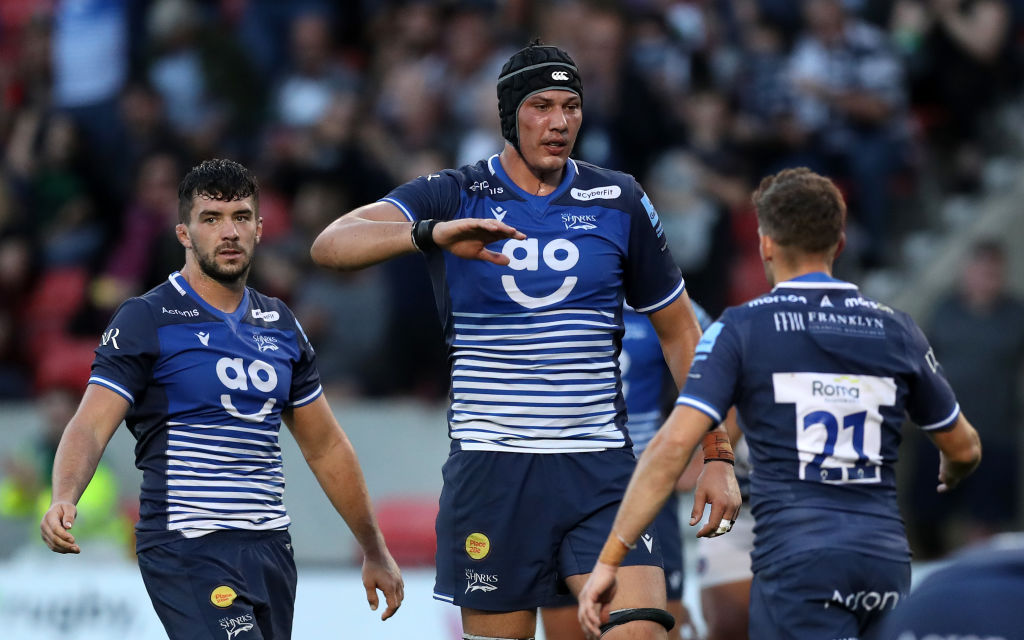 Captain Jono Ross returns to the side as Sale Sharks host Wasps at the AJ Bell Stadium in Saturday’s New Year’s Day 2:00 PM kick off.

Both teams have made underwhelming starts to their campaigns with last season’s Premiership semi-finalists lying in 11th with 19 points.

After last week’s bonus point win against London Irish, Wasps are up to eighth on 24 points and are now just nine points off the top four.

Sale’s last fixture was postponed due to Covid-19, meaning they haven’t played in the Premiership since November when they were beaten 25-14 away to Saracens.

The Sharks were last in action against Ospreys in the Champions Cup, winning 21-13 away in Swansea.   Sale have lost three out of their last five domestic games and will need a huge turnaround in performances and results if they are to replicate last season’s third place finish.

Alongside the returning Ross, scrum half Will Cliff is back from injury to start, whilst Luke James also returns to start at full back.

Lee Blackett’s side will be without star fly half Jacob Umaga after his red card in the win over Irish, so Jimmy Gopperth moves from centre to 10.

Wasps have endured a nightmare injury conudrum this campaign but will be relieved to have Sam Spink, Michael Le Bourgeois and Nizaam Carr return to the starting 15, whilst Charlie Atkinson, Rob Miller and Robin Hislop return to the bench.

Stars Joe Launchbury and Jack Willis are expected to return within the next couple months, but Wasps fans will be thankful Paolo Odogwu has returned to training.

Head coach Blackett said: “Away at Sale is always a challenge but it’s doable, as we proved last season. We just have to find a way, and I’m sure we will.”

The two teams last played each other back in March, with Sale victorious in Coventry by the narrowest of margins 20-19.

This Sunday, The Rugby Paper will bring you the best reaction and reports from Saturday’s fixtures.