Harvey Elliott has encouraged Jahkeele Marshall-Rutty to sign a contract at the club following a succesful spell training at the AXA Training Centre.

The Liverpool trialist, currently of Toronto FC, was invited to Merseyside to train with the club and was pictured with Elliott recently.

The Canadian doesn’t turn 18 until June and would therefore not be allowed to sign for the Reds until then.

In January 2020, he signed a first-team contract with Toronto at just 15 years of age.

If he was to join the club in the summer, he would join a very exciting Academy set-up – Jurgen Klopp has always been willing to provide opportunities to youngsters ever since he arrived at Anfield.

Marshall-Ruttty is a promising attacking player that is talked about highly in the MLS – likewise is Elliott in the Premier League, and the former Fulham man has made it clear that he wants the trialist to sign a contract once it’s offered. 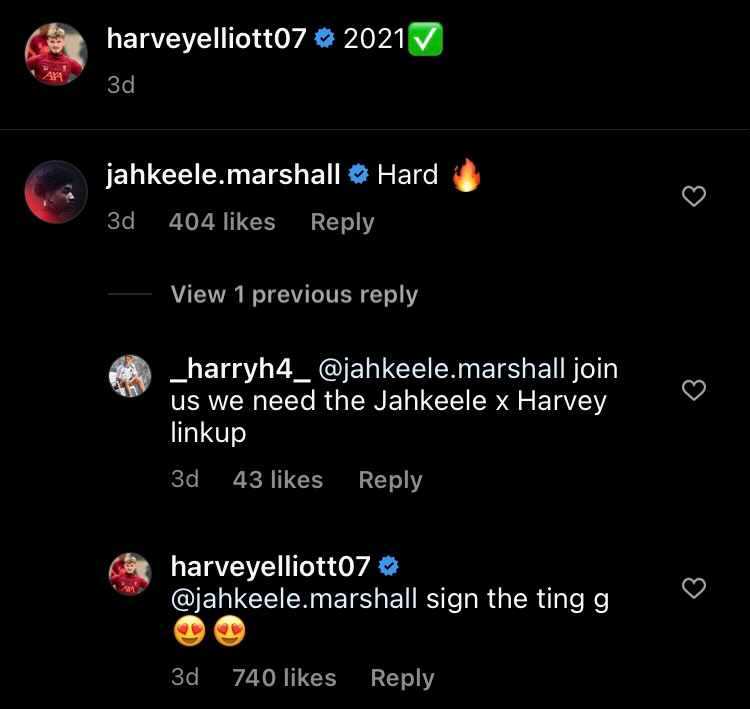 It’s believed that there are numerous European clubs interested in the youngster, so Liverpool will have to act quickly if they watnt to secure his services.

“European interest in the wonderkid is plentiful, including from UEFA Champions League clubs,” a report from MLS Soccer claimed (via the Liverpool Echo).

We probably won’t know until the summer whether the young forward is joining the club, but it’s nice to see one of our current players doing his bit.